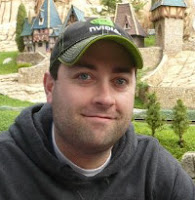 The story of how I “arrived at liberty” is a long and gradual one. It is one thing to understand liberty and self-determination in general, but it is quite another to reach the point of reconciling those ideas in their applications to all areas of life. My story is the story of doing so in a few gradual phases.

I grew up in a fairly well-to-do Mormon family who were never highly politically involved until I was in my early 20’s, when my mother was elected to the Utah House of Representatives in 1998. My parents definitely leaned conservative during the Reagan years, though by the time of her run for Congress my mom was running as a Democrat… which means something much different in a local Utah race than it does nationally. My father, an accomplished civil defense attorney, exposed me to the basic notions of limitations on government, rights and arguments for market incentives. He often listened to Rush Limbaugh during my high-school years before September 11th when Limbaugh was still arguing primarily from free-market principles. We both really enjoyed when Rush would turn the mic over periodically to Walter Williams as a guest host, because of his focus and clarity on the core ideas of liberty. My mother and I would always hash out long discussions over political ideas, and over the years we have traded places a few times on ends of the spectrum. I owe a great deal to my parents for raising me in an environment where confrontation and questioning were safe, and in which detailed political discourse was not discouraged. I’m sure there were times when it seemed like the contention that resulted was not worth it.

Through all of this, I still viewed these notions (free markets, limited government) as standard Republican fare. It was not until I took debate at Brighton High School as a senior that things really changed for me. As a participant in a Lincoln-Douglas debate, I was required to address a variety of topics over the course of a year by writing and presenting a systematic, value-based case for either side of a given issue. Doing so (and knowing the problems with the other guy’s case) ultimately meant learning philosophy. I enjoyed both the debating and the writing of these cases so much that I became absorbed with it my entire senior year. I spent hours a week reading philosophy and formulating these cases with a core of good friends who shared the same passion. These were not the same people as the stereotypical overachieving high-school students who took debate and attended a tournament or two so they could put it on their college application, though many were very successful in their academics. I, on the other hand, blew off all my homework in other subjects that year.. maintaining only an interest in my history class largely because of an excellent teacher (Mr. Jacobs).

During this obsession I was tasked to write a case arguing against the resolution “Laws which protect people from themselves are justified”. As the basis for my defense, I learned and adopted John Stuart Mill’s “harm principle” as articulated in his classic On Liberty. Despite its being a very soft version of what I later came to understand as the non-aggression principle, and despite Mill’s own later acquiescence to a “greater good” societal morality, the idea was powerful and so was my debate case. I noticed how it seemed to resonate with judges ranging from the most trained debating academics to the typical “school bus judge” (a term we used for parents or school employees brought in at the last minute so the school could fill their quota of judges needed to participate). I never lost a debate round arguing negative on that resolution. It probably would have carried me to the Weber State invitational championship, had I not been required to argue the opposing side in the semi-finals against a very talented opponent who was of course arguing for the correct idea. Incidentally, I missed what would have been my first date with my wife Stephanie to attend this tournament. The experience of having to argue for a position one does not hold is an experience from which everyone can benefit. I only spent one year in debate at Brighton, but the experience awakened in me an awareness of the basic notion of non-aggression and (ultimately more importantly) a strong desire to expand that understanding.

During my LDS mission, I disobeyed the directives to have only the minimal “missionary set” of books and hauled with me a set of institute manuals. From avidly reading these manuals I gleaned not only a basic overview of the scriptural historical picture, but encountered the assertions that various LDS leaders had made about the principle of liberty. Despite this, however, I can’t honestly say that I ever felt that my religion or the Mormon culture was pulling me in the direction of liberty at all, nor that my acceptance of the idea was religiously motivated. While the theological support in Mormonism for personal liberty and agency is very clear, I still do not feel that libertarianism is mandated by Mormonism or even, in a few key ways, fully consistent therewith. It would be less than honest of me to say that my acceptance of liberty didn’t come at the expense of my own personal identification with Mormonism, primarily in cultural aspects.

In later years, I was exposed to a lot of the hypotheses about conspiracies as explanations for historical events and government abuses. This awakened in me a new awareness of the potential for state abuse of power. It made me keenly aware and observant of the way that both parties combine (whether intentionally or not) to undermine liberty in the overall sense, and of the threats to personal liberty and safety posed by the state. It also, however, made me a very hostile and fearful person and took a great toll on my family. At length I ended up rejecting this area of influence in my life both for evidenciary reasons and, to a greater extent, to remove the impact it was having on me.

The next important influence I should mention came when my ever-growing desire for more audio books about history and philosophy was met by stumbling across the web site, Mises.org. The Mises Institute, named for the famous economist, is essentially a free online university containing thousands of hours of free audio lectures and PDF books. They have dedicated the site to making the viewpoint of the Austrian, free-market school of economics, and libertarian analysis of history and philosophy readily available to all. In my college courses at the University of Utah, libertarianism was only addressed in very superficial references to the works of Mill, Nozick or Adam Smith. Absorbing the work of academics like Murray Rothbard, Walter Block and Thomas Woods gave me a new take on the history and philosophy that I had enjoyed for so long, and it also exposed me to an academic tradition containing the most powerful and systematic ideas about rights and liberty.

The last lynch-pin was pulled for me when I started reading Ayn Rand. I consider her to have been the equivalent in moral philosophy to Isaac Newton or Albert Einstein in physics. Though she didn’t herself fully reconcile the implications of her own ethics to government, she laid down the systematic foundation in her novel Atlas Shrugged that led me to the acceptance of the final implication of that idea… which is anarchy. Of course by “anarchy” I don’t mean that I desire the chaos or disorder in which it is usually assumed to result. I mean only that I believe in the absence of government. I do not believe that government should be violently or politically dismantled. I only accept means to that end which are both non-aggressive and strategically wise. What I came to fully realize after reading Rand’s novels is that there is a moral mandate against the operation or existence of government. This is because of it’s nature as an institutional, society-wide mechanism for what would be in all other contexts properly acknowledged as aggression. Her positive moral basis for rights, and her theory of rights as implicit from man’s individual condition as a rational volitional actor also filled in a lot of gaps for me where I felt like the Mises scholars and other “anti-morality” rights advocates were falling short and relying on a purely negative notion of rights. Along with prompting me to those most recent understandings, her portrayal of the individual creative hero really resonated with me having for years cultivated (and simultaneously suppressed for cultural reasons) my own passion for creating and performing music in a variety of styles.

I must also mention the last important influence who is probably the most integral one to my own sanity. That person is Marc Stevens. When I read his book Adventures in Legal Land, I initially expected it to be merely a new spin on the plethora of “get out of paying tickets” literature circulating in the patriot movement. What I got instead was the most humorous and rigidly uncompromising application of pure logic to the realm of “government” as we know it, and the ways we encounter it in our lives. His approach really helped me to lighten my psychological load. Having met him personally and listened to him extensively, he seems almost completely immune to the mindset of condescension and hostility toward others that the understanding of liberty will often lead a person to indulge. He has been an integral example to me in how to handle the understanding of liberty in my own life and relating to others in light thereof. When I want to expose someone to liberty and anarchy in a way that I am confident will cut right to the core of the principle, while still avoiding the alienating political trappings, academic packaging and self-congratulating that turns many people off to libertarianism, I send them to his material.