Guest column by zeeman stark. zeeman stark is the pen name for a freethinker who currently lives near a large freshwater lake with the Ute Indian eponym. zeeman disdains labels but accepts a no-recipe adjective soup in describing his philosophy: humanitarian, libertine, polymath, voluntary. zeeman has a penis indeed, peach-colored epidermis, stinky feet, and remembers Jacks’ “Seasons of the Sun” as an early life memory. zeeman enjoys music, writing, science, sex, and seeking truth. While reared a strict Christian moralist, zeeman self-defines not in religious terms, rather builds upon the experience as a fountain of story and humanitarian enlightenment.

Over the past few years, anthropologists and paleontologists have moved away from the human family tree evolutionary analogy having a single traceable lineage though other hominids and increasingly adopted the metaphor of the “braided stream.” Discoveries such as the existence of Neanderthal DNA in humans as well as discoveries of new hominid species like Homo naledi increasingly point to a diverse ancestry for our species. These scientists propose human evolution as a braided stream – a movement of various bandwidths of water taking meandering, independent, and interconnected paths towards a destination. The braided stream analogy emphasizes the contribution and unique journeys of the individual streams, rather than the collective import of a unified movement.

The opposite of the braided stream is the canal. The canal forces ALL water to kowtow to a single course. Canals of course do not exist in nature; they are structures built by humans specifically to control water. Water must obey the will of the canal, the will of the structure. Canal structure is in place for a long period of time and is built to surpass human lifespan. That is, in an anthropomorphic water analogy, if Water wanted its freedom back to act as a braided stream it could not simply rise up and kill the canal builder or president running the canal corporation. The only way for Water to return to its evolutionary course would be to erode away at the structure, to erode away the canal itself. 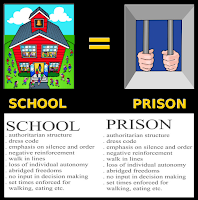 Unschooling voluntaryists understand the analogy of the braided stream in the work they do with mentoring children. The school is the canal. It has rigidity and structure, looking rather like a 19th century brick-and-mortar prison for children from the outside yet internally has far greater structuring. Children are subject to constant standardized testing, veneration of the state (nationalism), and obeisance to the authority of the adult teacher. Conversely, unschoolers are taught to direct their own learning through independent thought with minimalist rules and lack of deference to any mentor or collective. Unschooling is the braided stream and allows for our species to evolve along different waterways of thought, merging or being merged into as truth is uncovered and ultimately over time becomes the prevailing course for species propagation.

This voluntaryist analogy of the braided stream strikes at human social structures as well. Recently, a acquaintance of mine (call him Tom) in a mass email extolled the virtues of another (Paul) by saying Paul had served four unpaid church missions. This bible-studying church offers a structured form of evangelism to its members who bear much of the cost when they are “called” by the church to do so. (Having a background in Christianity, the teaching of “do not your alms before men, to be seen of them” came to mind and I wondered if a Christian such as Paul really believed in that maxim how anyone even knew of their four church missions?) 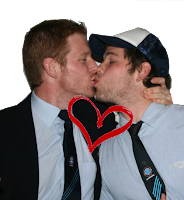 But religious point aside, it seems that my friend Tom placed high value on the structured event of mission service for his church and that seemed to qualify Paul above other humans who have not served four structured missions for their churches. I began to question and contrast in my mind the value of structured charity such as church evangelism versus unstructured charity. An example of unstructured charity from my past are two friends, both lovers: Steve and Steve (yes, that’s their real names!) The shorter Steve developed poor health and needed continual hospice-like care, along with nurturing love. Perhaps it was AIDS, I don’t know, I don’t really care, and it was never any of my business to inquire. Taller Steve could have easily left shorter Steve; as gays didn’t marry back then. But tall Steve stuck by short Steve, giving–sans structure or legal or social pressure to do so–nuturing care until in time short Steve passed away.

I postulate this divide exists in social interactions surrounding us particularly in western culture because of the push for collectivized structure through means of hero-worship and authority-worship. But as we peer into our evolutionary past, we see Homo sapiens emerging out of a braided stream, not a canal. It seems that continual human evolution leads to continual human progress. And if that be true, then humanity evolved because of, exists now, and will progressively evolve due to the braided stream of voluntary interactions.