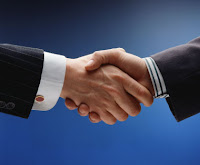 We take it for granted that the ordinary business contract — perhaps the most vital element of modern commerce — would be completely ineffectual without the vigilance of our courts and legal system. But as George Gershwin once wrote, “It Ain’t Necessarily So.” How often have we heard the comment that a contract is no better than the integrity of its signers? Are businesspeople really kept honest by the threat of legal retribution, or are there other incentives at work that induce them to play the game by the rules? A review of this subject suggests some surprising conclusions. Not only does our justice system serve little purpose in trade and commerce but its very presence is often counter-productive, as is shown by the many businesses and industries that thrive as though our justice system did not exist.

One striking example is the wholesale diamond industry, where the world’s most valuable, easily concealed commodities move safely from hand-to-hand in neatly folded sheets of tissue paper carried in the pockets of dealers, traders and messengers in search of buyers.

The significant characteristic of the diamond industry is the mutual trust with which diamond merchants deal with one another. This trust is not so much motivated by a basic moral sense as each trader’s realization of his or her own self-interest. The diamond industry is not alone in operating on the premise of mutual trust. The New York Stock Exchange is another example, where contracts valued in the millions are committed with a simple telephone call. What these industries have in common is their recognition that dependence on our government’s justice system is as impractical as it is counterproductive. Any attempt by these industries to operate under standard norms of contract law, administered by lawyers and enforced by courts, would bring the diamond industry and the New York Stock Exchange to a screeching halt.

A particularly noteworthy example of this phenomenon of mutual trust is the illegal numbers game (labeled the numbers “racket” by politicians) that flourishes in large cities like New York. No one ever questions the fact that winners always collect. In New York it is rumored that if someone is forcibly relieved of his or her winnings, the underground will promptly reimburse the loss for fear that some might think they were implicated in any way. This interesting phenomenon raises a curious philosophical question: “Why is it that a game run by known crooks should be scrupulously honest?”

The answer has little to do with moral values as it is presumed that crooks don’t have any. It is obvious to those who run the numbers game that rumor of any failure to pay winners would spread like wildfire and in short order their business would wither and die. Even more interesting is the fact that anyone unable to collect would have no recourse to the justice system as it would be hard to imagine anyone appealing to State authorities to help them collect their illegal winnings.

The conclusion is inescapable that the very absence of “protection” afforded by our justice system, in and of itself, forces all participants to act honestly in their own selfish interest. What is the purpose of our justice system in trade and commerce? Imagine for a moment trying to operate a business without the enforcement measures provided by our justice system. Two businesspeople drafting a contract for a certain business venture would be aware that its terms are wholly unenforceable and either party could walk away from the contract whenever it suited his or her purpose.

Some might say that all business would cease as no contract would be enforceable, but the diamond merchants and the stock exchange clearly prove the contrary. The fact is, business would thrive in the absence of our coercive justice system, but an enormous premium would be attached to the integrity of all participants. Before entering into any contract all parties would take great pains to ascertain the integrity of each participant, knowing full well that the performance of the contract rests solely on their reputation for honesty.

By the same token, individuals would strive always to act properly and with the highest integrity, knowing equally well that any blemish on their reputations would virtually bar them from participating in any future business ventures. All this leads to the justice system, along with the coercive enforcement measures, invites fraud and crime and tempts individuals to substitute force for integrity.

Businesspeople have long known that reliance on the courts to resolve contractual disputes is misplaced. Not only does it introduce unacceptable delays and unreasonable legal expenses, but the ultimate resolution may hinge on a legal technicality that is barely germane to the issue. As a result, most business contracts today provide for arbitration in the event of a dispute that the parties cannot resolve by negotiation.

The purpose of arbitration is to have a neutral third party who is familiar with both sides of the dispute make a reasoned judgement on an equitable settlement. The procedure is swift and efficient and almost invariably leads to settlements that satisfy all parties. The very growth of arbitration in recent years is mute testimony to the ineffectiveness of our court system.

Our system of justice instills in us a false sense of security. We tend to think it makes no difference with whom we trade because we can always depend on “the law” to make him or her toe the line. The fact that our guard is down invites the less scrupulous to operate, with the result that the incidence of contract breach and fraud is much higher than it otherwise would be. Not surprisingly, these violations are then cited as the justification for more stringent laws and regulation.

If voluntary arbitration was the only means to resolve contract disputes, businesspeople would be far more discriminating in selecting those with whom they deal. The free market still provides the greatest discipline for the orderly conduct of business affairs. Thomas Jefferson was right when he said, “That government which governs least governs best.” Our Constitution recognizes that “We the People” are basically self-governing and consequently limits the powers of our government. Under these terms, the government has no power to interfere with the freedom to trade, representing the voluntary exchange to mutual profit between free persons whose integrity is motivated by self-interest. The United States Supreme Court once ruled in a sex-related case that behavior between consenting adults was none of the government’s business. This ruling is correct in principle and should apply across the board. Trade is one form of behavior between consenting adults and, therefore, should also be none of the government’s business.