A big congrats to Ginger’s friend in Texas for defending herself against the predators in Bexar County. And thanks to Ginger for providing the documentary proof from the Bexar County Justice Court.

Ginger’s friend was accused of violating the sacred writ (“law”) in Texas. She filed the motion dismiss I have available that asks the court to dismiss the complaint for a lack of evidence proving jurisdiction. The foundation of jurisdiction and the charge, is that if one is physically in Texas, then the constitution and laws apply. If the “laws” apply, then they can be violated. If they don’t, then they cannot.

As you can see, the motion was granted by the judge, the reason is insufficient evidence: 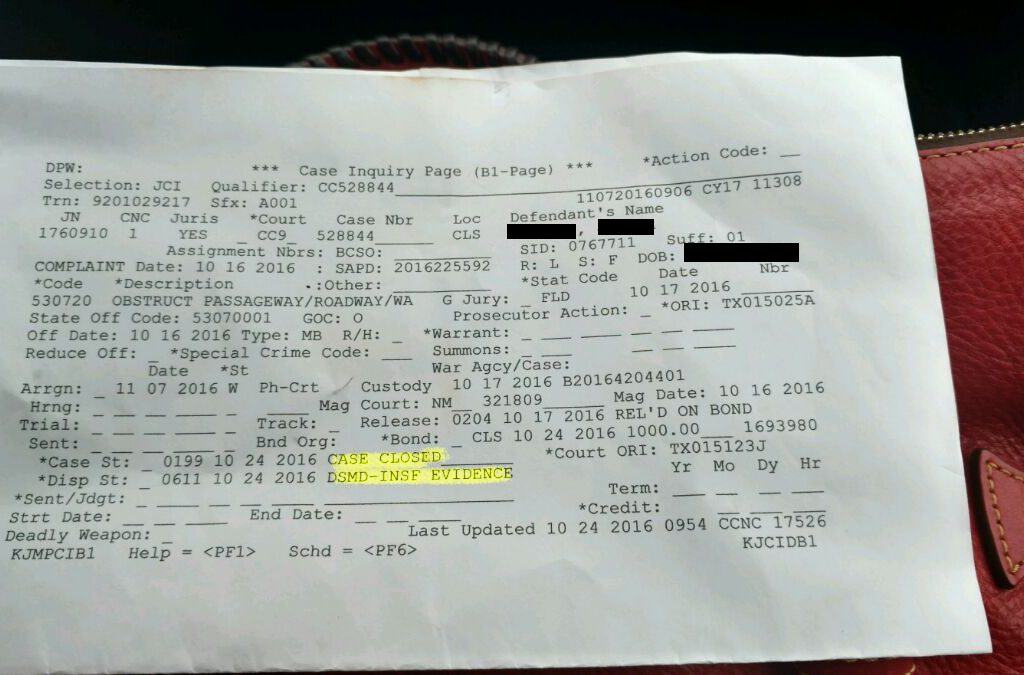 I know there are critics who think there is another explanation for this direct evidence, and it’s the only explanation that is plausible. Critics will try to mislead people into thinking it was only a coincidence the ticket was dismissed for the same issue raised in the motion. They have no evidence of course, all they have is a assumption that the judge dismissed for a different issue of evidence.

While I admit there is another explanation, this evidence is pretty strong, look at the facts:

A complaint was filed in court claiming the constitution and laws applied and were violated.

A motion to dismiss is filed showing the prosecution has no evidence to prove the constitution and code apply, therefore there is no jurisdiction and no cause of action.

The judge grants the motion, showing it was for insufficient evidence.

Whether critics like it or not, there is not only more than one explanation, but this qualifies as direct evidence the dismissal was because there was insufficient evidence proving jurisdiction. No inference or assumption is being made here.

Yes, it’s “just a traffic ticket”, but it’s another example where someone has stood up to these criminals, criminals who cannot prove their rules apply to us.

Does it change things in the long run? Yes, because more people see the evidence there is no government, just men and women forcing us to pay them. And this is more proof they can’t prove their sacred “laws” apply to us. Because when you criticize this work by claiming their laws do apply, look at everyone in prison, all you do is make my case against them stronger.

People already know criminals get their way using violence, they just need help seeing that is all “governments” really are; people using violent aggression to get their way. Criminals, every last one.

Last, making a principled stand is worth it.